It all started with a dream…
As a child Victoria would have a reoccurring dream. It always started and ended the same way. She would dream of waking up in the morning and looking out the window of her bedroom onto the back yard. There she would see three beautiful horses, a palomino, a dark bay and the third one was a chestnut. Feeling so much excitement and joy she would always wake up and never finish the dream. It happened several times while growing up and she never forgot it. Always having a great love of animals especially horses, she figured it probably had to do with her desire of having her own horse. As an adult her desire was finally fulfilled by Raf when he bought her a horse of her own. His name was Scout, a beautiful palomino Quarter Horse gelding. 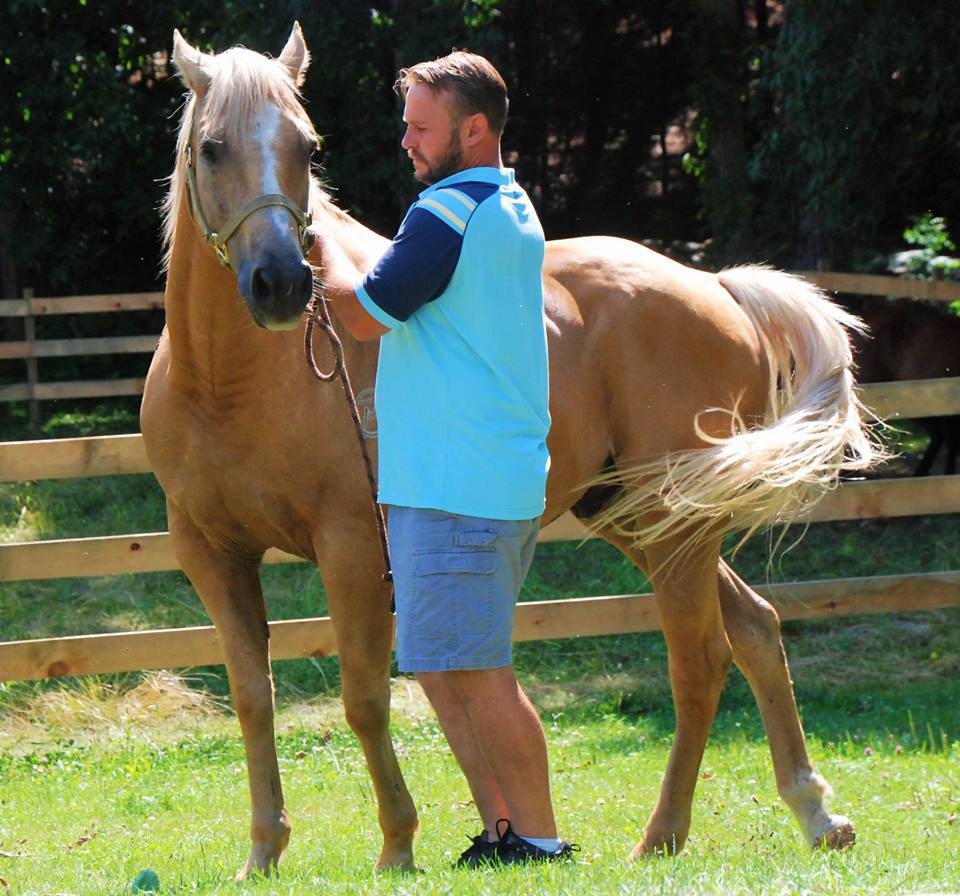 Shortly after Scout became a Grunwald Haus family member, we learned of a place called Camelot in Cranberry NJ which was a feedlot and equine auction. Horses there were auctioned off every Wednesday to the highest bidder and that bidder, 90% of the time, was a representative from a large foreign slaughterhouse. Horses would be trucked in from all over the United States in cramped trailers with no food or water. Frightened and trampling over each other, often they would get severely hurt or even crushed to death before reaching the feedlot or slaughterhouse. 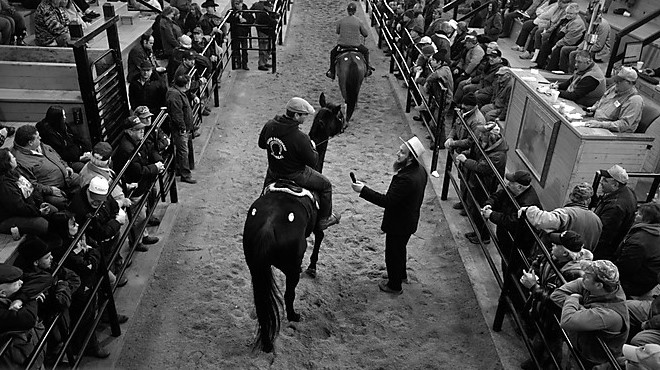 Since 2013 Grunwald Haus saved a total of 18 horses that were meant for slaughter. Even though this practice has been banned in the United States in 2007, the world market for equine meat continues to thrive. More than 100,000 horses along with ponies, mules and donkeys are butchered for human consumption in the most brutal practices imaginable. Many of them are still alive at the time of dismemberment. I’m sure you are asking yourself how can this be if the slaughter of horses has been banned. As with most laws there is often a loophole and in this case the law states that horses are banned from slaughter on American soil. It is perfectly legal to sell them for slaughter in Canada and Mexico. Next time you see one of those large 18 wheelers hauling a giant trailer labeled “CAUTION HORSES” you can be certain that these horses are going to Canada or Mexico to be slaughtered. 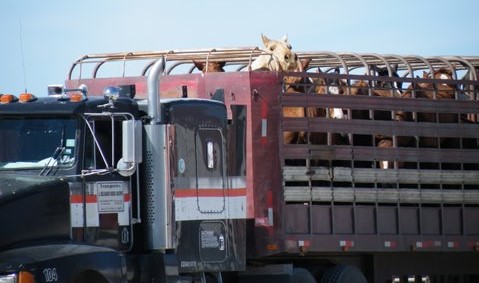 Many of the horses we saved were trained and were once beloved pets. Some of them were Polo ponies, horses that didn’t meet the grade to be race horses or they were retired performing horses from circuses and traveling shows. Wherever they came from or what purpose they served, they certainly did not deserve this type of inhumane death.
Our family unanimously decided that we had to help, even if it was only one horse. We bought a horse trailer, planned our trip, packed the kids in the truck and we were off to New Jersey to save a horse. That night we came home with two, Beau and Kasztanka. Beau was a dark bay Arabian gelding and Kasztanka was a chestnut American Saddlebred mare. We put them in the front pasture that night to graze with Scout and went to bed. The next morning Victoria jumped out of bed fearful it was just the dream again but there they were in the dewy morning grass, a palomino, dark bay and a chestnut. The dream was now a reality. 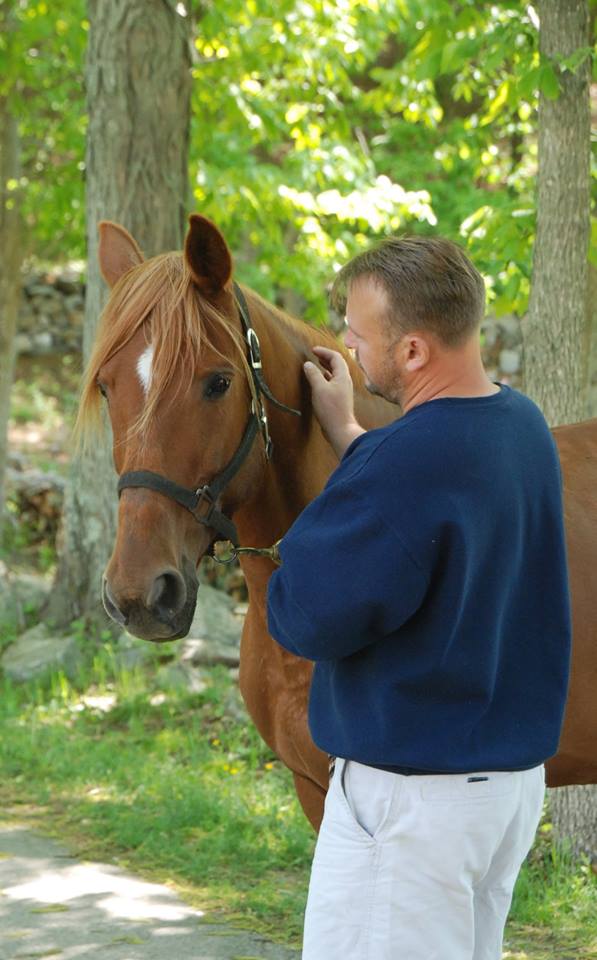 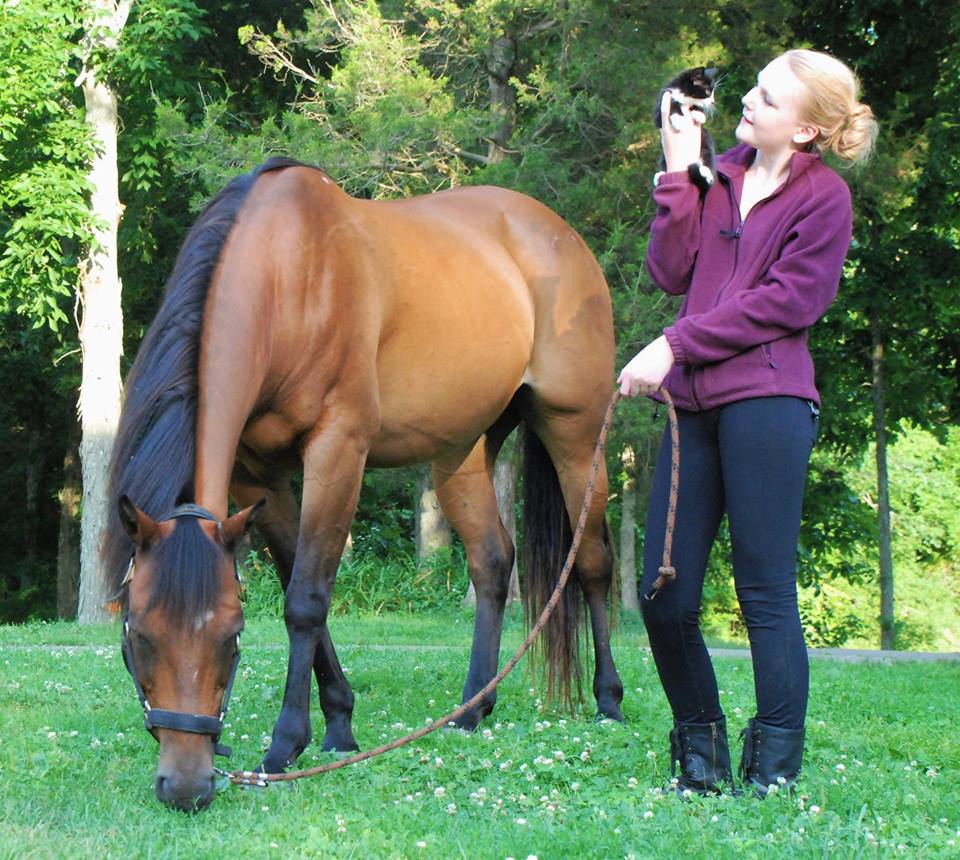